Saving for retirement with a tax free savings account

You may know that a tax-free savings account (TFSA) is good for your shorter-term goals, like a down payment, a vacation, a wedding, or even an emergency fund. But did you know that a TFSA is also a great way to save for, and manage your money in retirement?

It’s right there in the name: tax-free. You’ve already paid tax on the money you put into your TFSA, so you don’t have to pay tax on it when you take it out.

To encourage Canadians to save in TFSAs, the government exempts any investment or interest growth in your account from tax, too. Let’s say you’ve earned 6% on $10,000 in your TFSA. That’s $600 earned that you don’t pay any tax on. At a tax rate of 25%, that’s $150 more in your pocket.

Know your limits: TFSA versus RRSP

As for contribution limits, your TFSA might not be as large as your registered retirement savings plan (RRSP). The maximum you can put in a TFSA per year is usually a lot lower than your RRSP limit. Regardless of your income, the maximum you can put in a TFSA is $6,500 for 2023.  Compare that to the 2021 RRSP limit, which is the lower of 18% of your previous year’s income, or $27,830. (Fast math: You’d have to earn $154,611 to fully take advantage of that contribution limit.) For most of us, it’s much easier to save the TFSA maximum than the RRSP maximum.

A bit late to the party? You can play catch-up for every year you were eligible, as far back as 2009. And so far, the government has been raising the TFSA contribution limit every few years. If you keep contributing faithfully, chances are your account will grow significantly over time.

What are the benefits of a TFSA in retirement?

A flexible TFSA can come in handy at any age, but it’s particularly useful in retirement. That’s true for several reasons:

So, it doesn’t trigger the Old Age Security (OAS) pension recovery tax, a.k.a. the clawback. The government starts “clawing back” your OAS payments on a sliding scale as your income nears an upper threshold. For the 2021 income year, you must start giving back some of your OAS when your income reaches $79,845. If your income is above $129,757, you have to give all your OAS back. You can take money out of your TFSA without fear of it pushing your income into clawback territory.

If you want to save money tax-free in retirement, a TFSA may be your only option.

You don’t have to have earned income in the previous year to put money in your TFSA. With an RRSP, you do. In retirement, income typically comes from some combination of CPP and OAS, a RRIF, a company pension, and other investments. All that is considered taxable income, but not earned income. You can keep your RRSP open until you’re 71, but you can’t put anything into it after you retire.

You can take money out of your TFSA without being taxed.

That’s unlike your other registered and non-registered investments. You never know when an expensive emergency – or an attractive opportunity – might suddenly come up. If that happens, you can dip into your TFSA without worrying about losing a big chunk of it to the tax department.

You’re allowed to refill your TFSA the year after you take money out of it.

That’s on top of the contribution limit for that year. By comparison, once you’ve taken money out of your RRSP, you never get that contribution room back. And once you open a registered retirement income fund (RRIF) (with money from an RRSP), you can only take money out. You can’t put money in, except from another RRSP.

You can keep as much in your TFSA as you want, for as long as you want.

That’s not the case with an RRSP or a RRIF. You have to shut down your RRSPs by the end of the year you turn 71. If you turn your RRSP into a RRIF, LIF or LRIF (the last two being for locked-in RRSP money), you must take a minimum percentage out every year. And that percentage increases over time. At 65, you have to take out 4% of the balance. By 95, you have to take out 20%. As well, there are withdrawal maximums for LIFs and LRIFs.  With a TFSA, however, you’re in charge.

Some years, the minimum RRIF/LIF/LRIF withdrawal may be more than you need. A TFSA is a good place to park that money and watch it grow, without incurring tax.

It’s easy to leave your TFSA to your spouse.

Simply name your spouse as the “successor holder” on your account. That way, upon your death, the TFSA passes seamlessly to your spouse. There will be no taxes to pay and no effect on your spouse’s TFSA contribution room.

Ken Seibel, MBA, CFP, RIS, is an investment advisor with Meridian Credit Union. He says the best way to use your TFSA in retirement is to draw from it to level out your taxes. “Your taxable income sources, like pensions and RRIF withdrawals, could reach a point where your marginal tax rate is going to increase,” he says. “It could even be as high as it was while you were working. If you need more money, consider tapping your TFSA funds to keep your taxes down.”

What can you put in a TFSA?

We’ve talked about taking money out of a TFSA. What about what goes in it? That is, what kind of investments can you own in your TFSA? Keep in mind that, like an RRSP, a TFSA itself isn’t an investment. It’s a specially regulated container that holds investments. The name says “account,” but a TFSA isn’t limited to a bank account. You could have investments like mutual funds, guaranteed investment certificates (GICs) and, yes, a high-interest savings account inside your TFSA.

Here’s a small catch regarding the tax-free part: If you hold U.S. stocks in your TFSA, you’ll pay a 15% withholding tax on any dividends they earn. You won’t see this on your tax bill, though. That 15% is usually deducted at source, before you get your dividends. In effect, it lowers your dividend income by 15%.

“The tax advantages of a TFSA make it ideal as part of any savings and investment plan,” says Seibel. “Especially ones that are longer-term, so they have more time to accumulate tax-free returns.”

If you have questions about saving and investing for retirement, we can help. Find out how a TFSA can be an important part of your retirement planning.

Talk to a Wealth Advisor

A version of this article was originally published on December 30, 2021.

Learn more about saving for retirement

TFSA vs RRSP: How to choose

Four reasons to get a TFSA

Meridian Credit Union communications are intended for informational purposes only and do not constitute financial advice or an opinion on any issue. We would be pleased to provide additional details or advice about specific situations if desired. 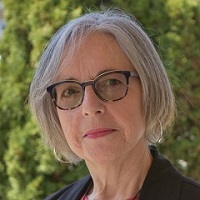 Persistent cookies are stored on your device between browsing sessions until they expire, (30 days or more), or, until you delete them.  Persistent cookies enable the website to recognize you and your preferences upon your return.

Use the toggles to choose which specific cookies you wish to enable or disable.